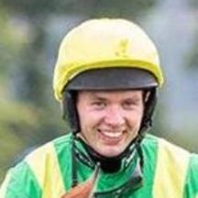 Derek joined Arlary in October 2013. At that time he had ridden 27 winners, principally for Noel Kelly and Mark Mcniff. Derek caught our eye when winning on the good mare Charlie’s Vic and is an excellent schooling jockey at home. He had his first winner for us on The Friary at Hexham in November 2013 and has continued to have winners for us, in particular over fences. Derek has experience backing youngsters and riding and training winners, having trained his own point to pointers. With Peter Buchanan’s retirement in April 2016, Derek took on the mantle of stable jockey and his enthusiasm for getting each horse ready for its race is contagious. In 2017 Derek shot into the limelight when winning the Aintree Grand National on One For Arthur who he gave a patient ride, producing him in the last half mile to win. Derek combines strength and sense in a race and carries out race tactics with a cool head.