Aurora Thunder Starts The Year Off With A Win 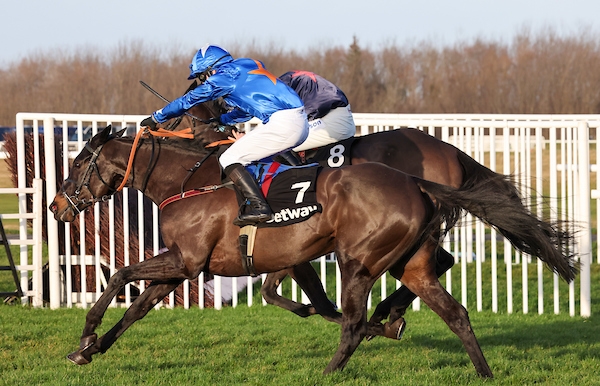 Aurora Thunder Starts The Year With A Win

Aurora Thunder put her Aintree run behind her when winning under conditional Conner McCann at Musselburgh on New Year’s Day. Given a confident ride by Conner, Aurora showed her trademark battling attitude to come through at the last and win by three lengths. Aurora Thunder is owned by Allson Sparkle, and Colin and Nicola Drysdale were on hand to congratulate their tenacious mare.

This was a third win for Conner, and he impressed once again; he is great value for his ten pound allowance. 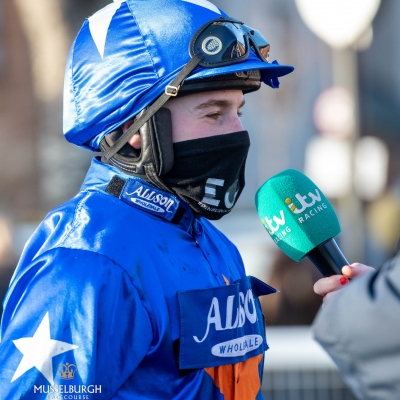 The horses have continued to run with great credit, and in particular, we are delighted with the novices.

At Ayr on soft ground, Netywell stayed on strongly after the last to be second on just his second run over hurdles. He is still naiive, but will make a cracking horse in time. In the same race, Rowdy Rustler was sixth, having set the pace and jumping well he just lacked a turn of foot in the closing stages.

In the same colours of John Adam, Destiny Is All tried to make all in the two and a half mile chase, but a couple of slow jumps at the end halted his momentum and he went down by a neck. This was another good effort from the novice chaser and his turn will come soon.

We were pleased with Domandlouis who jumped much better this time and will stay this two and a half mile trip and more in time, and Your Place who showed more when fifth in the handicap hurdle.

Yesterday Bollingerandkrug ran below expectations, but having made a mistake in the back straight he seemed to lose his confidence and he will be checked over before maybe a hurdle run to boost him.