Ballyare Bolts In At Wolverhampton

Our Flat string has been steadily expanding over the past couple of years and it was great to notch our fourth Flat winner of 2021 this afternoon when Ballyare bolted in at Wolverhampton. He’s been such a consistent horse, especially for a sprint handicapper, and this performance was a career best as he overcame trouble in running to score by a ready 1½ lengths in the hands of Oisin Orr, who flew over from Ireland to ride Ballyare, and also Engles Rock, who finished a creditable sixth at Newcastle yesterday. 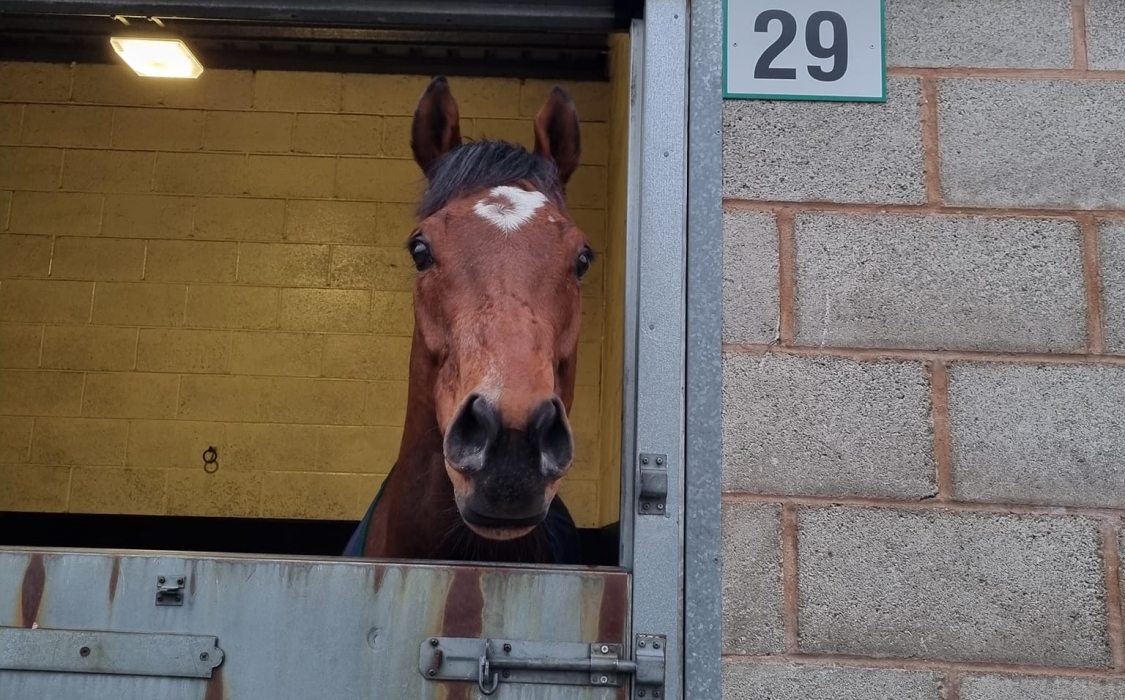 Ballyare looking justifiably pleased with himself

We were also in action over jumps at Ayr yesterday where there were a number of positive performances, none more so than Douglas Talking, who took third in the opening maiden hurdle. A horse that hadn’t quite clicked on his first two starts for the yard, he settled much better under a more patient ride before putting in some good late work. Now qualified for handicaps, he should prove capable of building on this. Green Vault was another to claim third, this time in the novices’ hurdle. Similar to Douglas Talking, he was doing all his best work at the finish and is sure to benefit from a step up to 3m in handicaps.

Dry weather in the build up to the meeting at Ayr meant the ground was no worse than Good to Soft, making the efforts of Grand Morning, fourth in the 2m4f handicap hurdle, and Behindthelines, third in the 3m handicap chase, worth marking up. Both are horses to keep an eye on this winter when the mud is flying. Unfortunately, Spark of Madness failed to fire in the conditional jockeys’ handicap hurdle, never travelling from some way out. We may look to step him up in trip next time.