Big River loves Kelso and he toughed out his seventh win at the track when taking the valuable Borders National for his owners The Two Black Labs and Derek Fox. 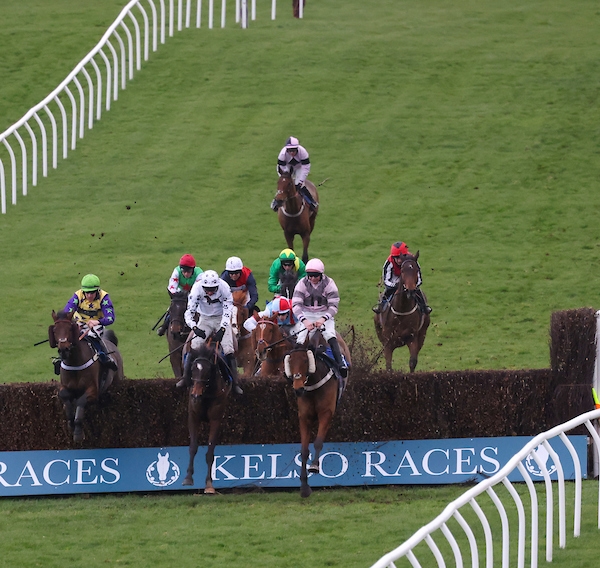 A genuine chaser, Big River has had his share of troubles in the past, including atrial fibrillation on two occassions, but he has been in tremendous form since the summer and better than ever on the gallops. A stronger and more relaxed eleven year old, he seems to relish the last hill at Kelso and he showed his determination pulling away in the last furlong.  The Borders Nationl has been the aim for the frst half of this season and it is particularly satisfying for the whole team here, especially Erin and Jaimie. 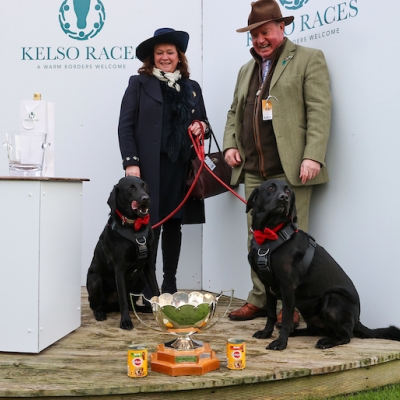 Big River is owned by The Two Black Labs, Dom and Louis, and they are pictured with their owners Debs and Colin. Kelso know the way to a labrador’s heart and awarded two tins of Pedigree Chum as well as a tremendous silver cup to the winning owners. 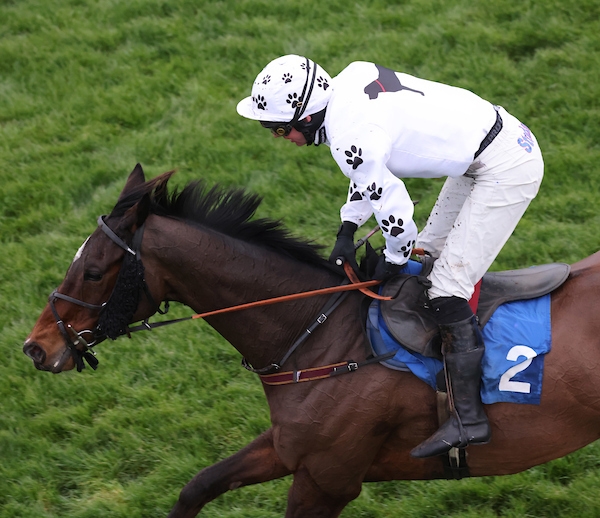 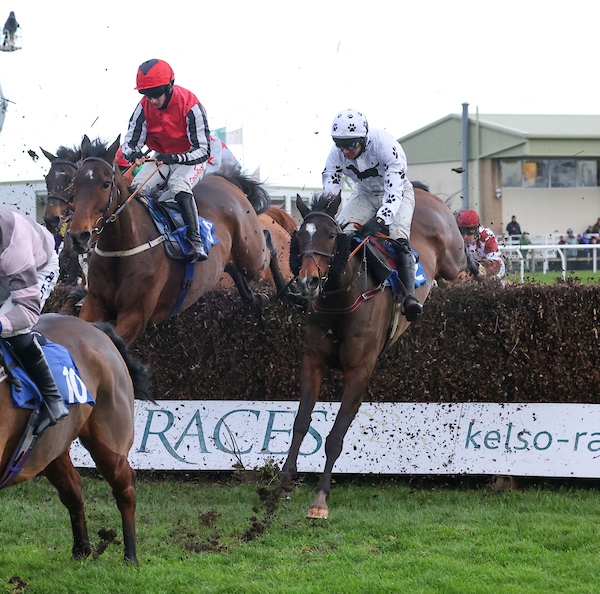 We were delighted with our other runners too. Rowdy Rustler improved on his Ayr placing to be second, dropped back in trip. He is gaining experience but also showing a determined attitude and plenty of skill jumping.

Behindthelines was third, looking as if a longer trip will suit (Borders National 2022??) and raising more prizemoney for the  Doddie Weir MND charity .

Our lovely tough filly West End Lady was fourth, trying hard as ever but looking as if a stiffer test suits her. She runs really well round Hexham so may return to a stiffer track next time, or try further around Kelso.

Finally, Blooriedotcom delighted connections by showing his competitive desire to race and while he understandably got tired after nearly fifteen months off, he hurdled well and will be sharper for the run.