Conditions were testing at Kelso yesterday, but that really played into the hands of Buddha Scheme who led home a 1-2 for the yard in the 3m2f handicap chase for amateur jockeys. Given a confident ride by Lyall Hodgins, he proved too strong for gallant stable mate Prince Dundee up the home straight, coming home seven lengths clear as the pair had the race pretty much to themselves throughout the final circuit. It was great to see Buddha get his head back in front and he’ll continue to be campaigned in long-distance chases, whilst Dundee deserves a change of luck having now finished runner-up on his last three starts. 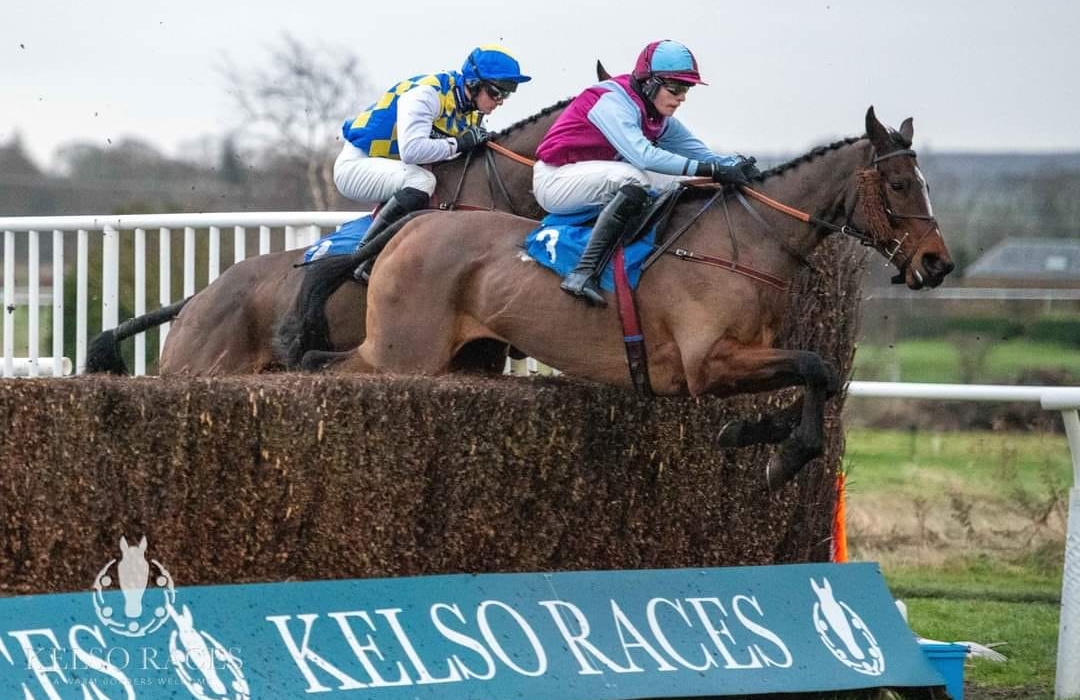 Buddha Scheme and Prince Dundee battling it out at Kelso yesterday

Elsewhere on the Kelso card there were creditable performances from Return Fire who claimed third in the opening 2m6f novice hurdle, and Lucky Flight, who was just run out of things close home having travelled best in the 2m handicap chase. Both will be seen to better effect on quicker ground and it shouldn’t be long before they’re adding their names to our list of winners for the season.

Of our two runners in the 2m novice hurdle, Hector Master fared best in fourth, his effort better than it looks at first glance as he lost all chance with a bad mistake 3 out. Fethard Glory found conditions too testing and was pulled up. 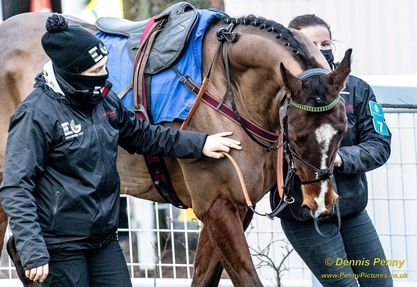 Return Fire in the paddock with Jaimie and Hannah
Dennis Penny 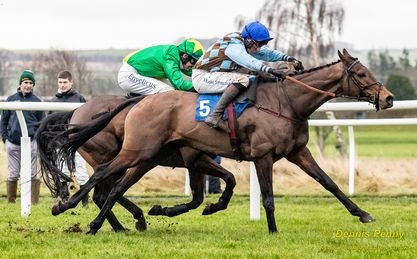 Lucky Flight at full stretch for The Vikings
Dennis Penny

We go from winning staying chasers to sprint handicappers’ this afternoon, as Ballyare returns to Wolverhampton looking to follow up last week’s course and distance success in the feature 6f handicap. It will be a big step up in grade for him under a 5lb penalty, but we thought it was well worth a go on the back of what was a career-best performance eight days ago. His light weight and affinity for the course will certainly be an advantage. 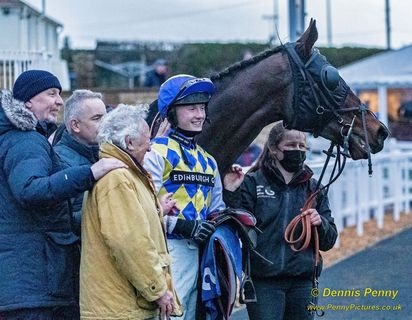