Highs And Lows Of Racing

Life is full of ups and downs and horse racing is a great leveller. Just over 48 hours after the joy of winning a race live on ITV aboard Aurora Thunder on New Year’s Day, poor Conner broke his elbow in three places having been unseated from Gemologist at Musselburgh on Monday, the pair being badly hampered when a horse fell in front of them.

He was operated upon yesterday, having pins and plates put in, and all is reported to have gone well. The Injured Jockeys Fund have been supportive and he’s aiming to be back in six to eight weeks, with his rehabilitation hopefully aided by a spell down at Jack Berry House. Still only 18 years old, Conner has enjoyed a fine start to his career as a conditional jockey, with four winners from his first 11 rides, and we wish him a speedy recovery. 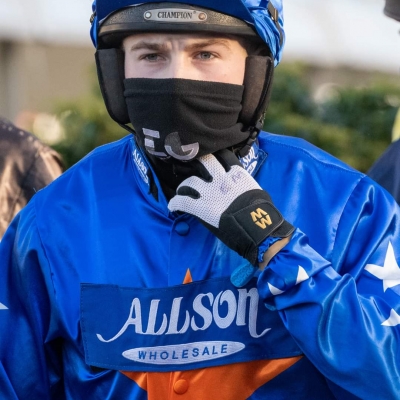 Prior to his unfortunate unseat aboard Gemologist, Conner had partnered Diamond State to be a gallant second in the 2m4f conditional jockeys’ handicap hurdle, the duo just coming up short in their bid to complete a course hat-trick. In the same race, there were encouraging runs from both Blooriedotcom and Celtic Flames, who finished fourth and fifth respectively. Both are working their way back to full fitness following absences and are expected to be very competitive next time.

Our other runners at Musselburgh, Songofthelark, Elmono and Notnowkate’S, all looked to find the rain-softened ground going against them and we’ll hope for some quicker underfoot conditions next time.