Mighty Thunder proved a revelation once switched to fences last season, winning four times, most notably the Edinburgh and Scottish Nationals. This afternoon he bids to add the Welsh version to his CV and he heads to Chepstow with a live each-way chance.

This season his whole campaign is being geared around a crack at the Grand National itself and we were pleased with his reappearance fourth in the Charlie Hall over a trip short of his best. Having been a late absentee from the Becher Chase earlier this month, the Welsh National soon became his first big target of the season and is a race we’d dearly love to win. It won’t be easy, attempting to defy a mark of 150, but the presence of Native River means he has a lovely racing weight and the recent rain will help bring his bottomless stamina into play. 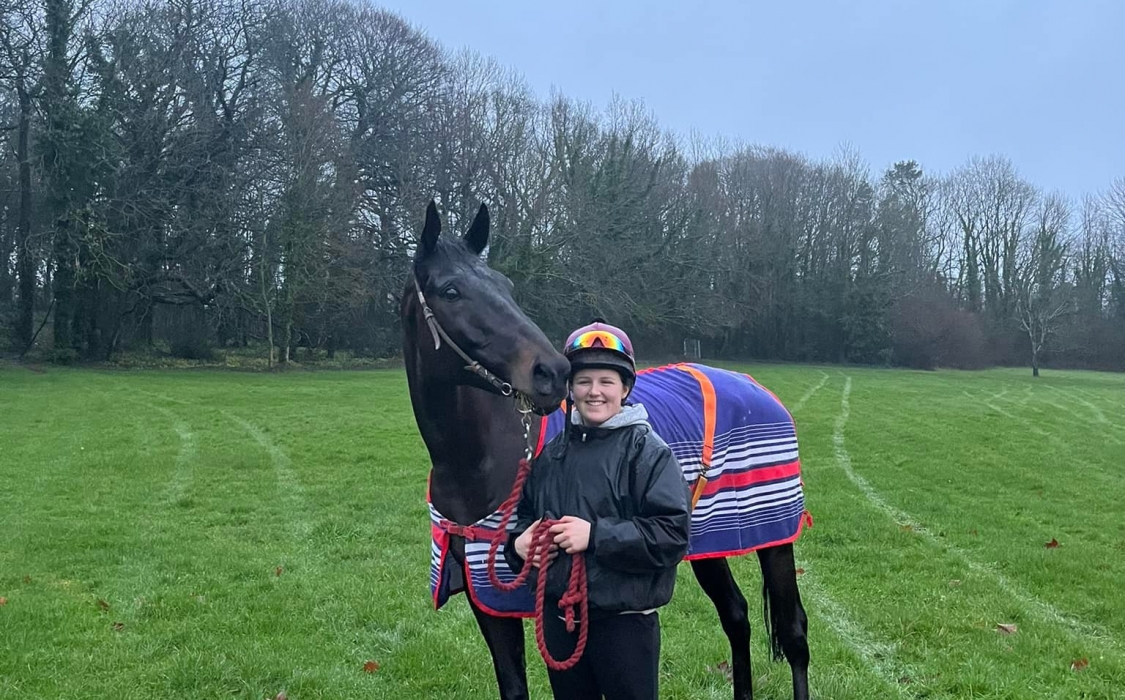 Mighty Thunder stretching his legs at Chepstow this morning

Looking back on yesterday’s action from Kempton, we were very proud of the performance of Ahoy Senor who finished runner-up in the Kauto Star Novices’ Chase. He didn’t jump as well as he can around the sharp right-handed track, but it was still a creditable performance to claim second in a Grade 1 behind a very talented rival in Bravemansgame. He’ll be seen to better effect on a more galloping track and we retain the utmost faith in his ability.

We were also pleased with the run of Corrigeen Rock who finished third in the opening novice hurdle. It was a stiff task for a four-year-old under a penalty, but he gave a good account of himself from the front and will surely make his mark in handicaps in the coming months.